Our VITA students have many talents! 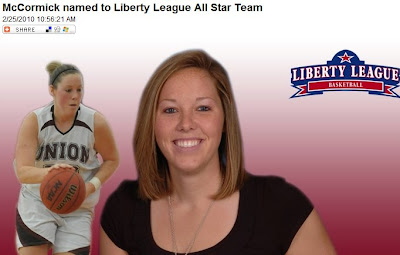 McCormick leads Union in points (13.7 per game), rebounds (7.3) and blocks (18). She is first in the Liberty League in offensive rebounds, fourth in rebounding, sixth in scoring and eighth in blocked shots. She is also ninth in field goal percentage. McCormick scored in double figures in 19 of 23 games, and had four double doubles. She has career highs of 17 rebounds (vs. St. Lawrence) and 28 points (vs. Bridgewater State). McCormick was a two-time Liberty League Forward of the Week.

And she also prepares a mean tax return too! (Maybe "mean" is an inappropriate choice of words in this context. But she's got an excellent record as a VITA preparer and quality reviewer...and knows a good bit about tax policy too!) I'm hoping she'll write her senior thesis on a tax policy topic next year!

Our entire team of VITA preparers has done an outstanding job this year, despite a tax code that has grown ever more complicated. We have an unusually large number of student athletes among our preparers this year.

Last night, current VITA student Sarah Yergeau worked with returning alumna volunteer Ashley Braniecki from the class of 2008. Both have been members of Union's swim team, which reached the state championships several times during their careers. Sarah is a graduating senior who was recently named a Minerva Fellow by the College and will spend next year in Uganda. 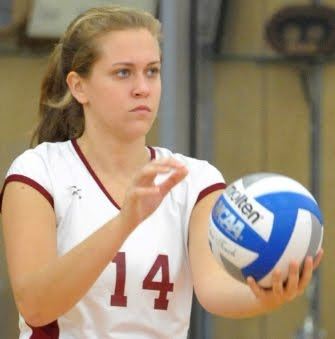 VITA students Cristina Liquori and Veronica Mynders were the two volleyball players recognized for their outstanding contributions to the team in December. That's Cristina pictured above, displaying the same concentration and focus on basketball that she brought to our taxpayers' returns.

All of the students listed above have also been named to the College's All-Academic teams as well.
Posted by Mary O'Keeffe at 10:42 AM