"There's no such thing as a free bike." 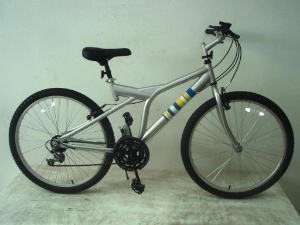 Ikea gave all its employees a "free" bike yesterday.

Those "gift" bikes could turn out to be very expensive, because the IRS does not treat it as a "gift" but as a "taxable fringe benefit."

1) If the Ikea employee uses the bike to commute to work, maybe some would contend that it could qualify for an exclusion from income of $20 per bike commuting month, but the IRS Publication 15-B Employer's Tax Guide to Fringe Benefits just talks about excluding reimbursement for employee bike expenses, and says nothing whatsoever about the employer providing a bike to the employee. And Ikea did not make the provision of the bike contingent on its use for commuting. It doesn't sound like Ikea set up the bike program to qualify for that exclusion.

2) Assuming no exclusion applies, the tax cost of this gift (payroll taxes of 15.3% plus federal and state income marginal rates, which could easily total over 50% for low-income families on the phase-out portion of the Earned Income Tax Credit) makes it a pretty expensive bike for many employees who either (A) don't particularly care all that much for biking or (B) like biking but already have a bike they like better than the one Ikea is giving them.

3) If you win a bike you don't care to keep on a game show or contest, I believe you can just sell the bike immediately for its fair market value (FMV) in an arm's length transaction and just pay taxes on the proceeds of the sale as your income for tax purposes. So, even if the list price of the bike is $400, you only need to pay tax on the fair market value of the bike that you actually realized rather than the list price. (Thanks to Jack Bogdanski of Lewis & Clark Law School for making me clarify the language here.)

4) By contrast to the game show contestant, if an Ikea employee sells their bike immediately, I suspect they are going to have a difficult time getting their tax liability reduced to the FMV realized in the transaction, due to the fact that it's subject to payroll taxation as well as income taxation, reported on a W-2 rather than a 1099, etc.

Bottom line: some (many?) Ikea employees may wind up paying more in tax than this bike is worth to them.
Posted by Mary O'Keeffe at 10:16 AM