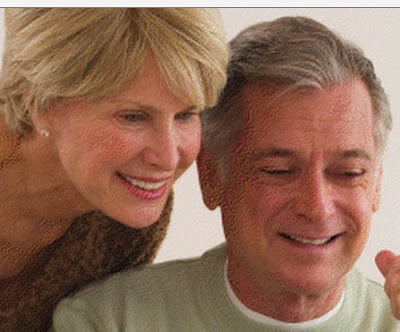 Sean and Stacey Graham are a married couple who live together with their sons, Joshua and Jeremy. Joshua is 11 and Jeremy is a 21-year-old full time college junior. Stacey's mother, Gail Forsyth, also lives with them.

Sean, age 60, is a retired CIA agent and former police officer who is partially disabled, collects several pensions, and works part-time as a self-employed tutor. He contributed to a traditional IRA.

Stacey, age 53, works as a 9th grade teacher, and has a part-time side job as a waitress, including some additional tips she was not required to report to her boss but is required to report to the IRS. She was also unemployed for a while and collected unemployment benefits in 2010. She won some money on slot machines, and had some gambling losses as well. She served jury duty for which she received jury duty pay and had to pay some of that amount back to her employer. Stacey contributed to a 401(k) at work as well as to a traditional IRA. She put $1,000 into a flexible spending plan designated for child care, but she wound up spending $2,500 for Joshua's afterschool daycare. They also paid for Jeremy's college tuition, as well as interest on Stacey's student loans.

Because Sean and Stacey own their home, they paid mortgage interest and real estate taxes. They also had a large amount of medical bills, donated money to several organizations, paid union dues and safe deposit fees. In addition, they installed a high efficiency hot water heater in their home.

Sean and Stacey provided more than half the support for Stacey's mother, Gail, even though Gail had a small amount of income from a part-time job, bank interest, and Social Security. Gail paid for a course to improve her skills for her part-time job. Sean and Stacey want to know if they can claim Gail as their dependent, and--if so--whether they can claim an education credit for the tuition she paid.

The complete details of their Interview and Intake Sheet, interview notes, and tax documents are available here.

Their filing status is Married Filing Jointly with 5 exemptions. They have three dependents: Joshua and Jeremy are Qualifying Children (QC) dependents and Gail is a Qualifying Relative (QR) dependent.

Their total income on line 22 is $61,922.
(Their Haig-Simons income is arguably even higher than that, due to exclusions.)

Then they also get refundable credits of $800 (Making Work Pay), $904 in Additional Child Tax Credits, and $1,000 in the refundable part of the American Opportunity Credit.

So their income tax after credits is negative $2,704.

Their statutory marginal tax rate is 15%.

Their effective marginal tax rate is slightly higher than 15%, approximately 16%. In their particular case, this discrepancy is largely due to the fact that additional income will slightly decrease the amount of their allowable medical deductions. (As we saw in class the other day, the discrepancy can be much greater than this for other taxpayers.)

You can see their complete tax return here.