What is income? And why do we tax it? Part I 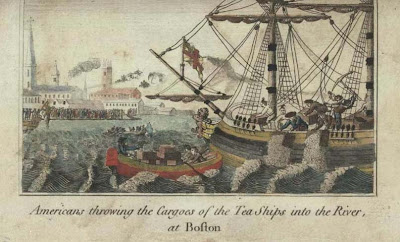 Historically, governments have taxed a lot of things OTHER than income. Whiskey, windows, chewing gum, playing cards, and--how could we forget?--tea.

So what is income, and why do we tax it?

Whiskey, windows, playing cards, chewing gum, and tea--those are all very concrete well-defined items that are pretty straightforward to measure and tax. Perhaps it's not too surprising that such taxes existed long before the income tax.

Income is a much more abstract concept, harder to define in an unambiguous and practical way, so perhaps it's not surprising that the income tax is a latecomer to the tax scene. Reasonable people can differ about what should "count" as income. This is especially true in barter-based economies. The increasing use of money as a medium of exchange (rather than barter without explicit prices stated in money terms) made an income tax increasingly practical, as did advances in information processing technology. Even today, there is disagreement about what should "count" as income. Examples of current legal disputes discussed among tax law professors: should "virtual money" that people earn in games such as Second Life constitute taxable income? should legal damages for "pain and suffering" awarded in a lawsuit constitute taxable income?

We need some sort of cleat-cut definition to guide us in thinking about what should be considered income. The theoretical ideal definition of income widely used by tax policy analysts is given by the Haig-Simon definition of income, which defines income as the change in an individual's "potential to consume" during a given period of time. Operationally:

Haig-Simons Income during a particular period

Example 2: If Mr. Y consumed $35K worth of goods and services last year and his net worth was $100K at the beginning of the year and was $90K at the end of the year, then his Haig-Simons income in 2008 was $25K. Mr. Y was a net "dissaver." (Economists like to use the prefix "dis" for some reason. Dissaving can mean borrowing--perhaps he took out a loan that reduced his net worth in order to consume, or it can just mean drawing down assets--perhaps he took money out of his bank accounts.)

Another way to tell equivalent stories to the above:

Example 1: Mr. X had an income of $55K. He consumed $35K of his income and saved the rest, raising his net worth by $20K. ("Saving" could take the form of increasing his assets, e.g., putting the money in the bank OR decreasing his liabilities, e.g., paying down debts OR some combination of both.)

Example 2: Mr. Y had an income of $25K. He was able to consume $35K of goods and services by dissaving $10K (e.g., either borrowing or withdrawing money from bank accounts, etc.)

To Be Continued
Posted by Mary O'Keeffe at 1:01 PM