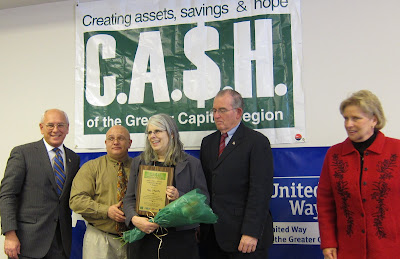 It was a great honor for the Union College VITA program to be honored as the 2011 recipient of the "Wally", a new annual award presented by the United Way CA$H Coalition, named after Wallace "Wally" Donnelly, a very dedicated long-time Albany VITA volunteer who died one year ago. The photo below shows Wally assisting a taxpayer in 2009. 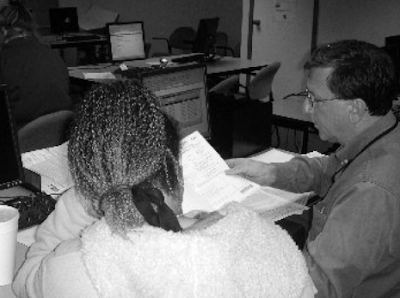 Elected officials, VITA volunteers from non-profit organizations around the Capital District, IRS officials, and Wally's family were all on hand to honor his memory as we launch another filing season.

Congressman Tonko (with me, below) was enthusiastic in his support for the VITA program as an important means of making our tax system more progressive, as well as developing empathy and a shared understanding of the economic challenges that many members of our community experience. Wealthy Americans can afford expensive tax advisors to take advantage of all applicable provisions in the tax law, but VITA volunteers help to make sure that working families and senior citizens receive all the tax benefits Congress has directed specifically towards lifting many families from below the poverty line to above the poverty line, while also encouraging many desirable social goals including work, savings, education, and human capital formation. 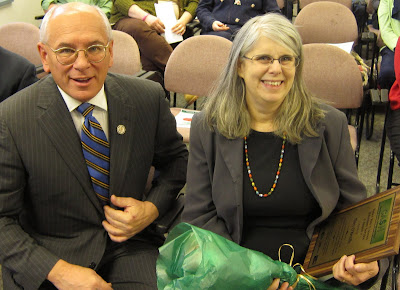 My husband, Ross Miller, and our older daughter, Alison, were also there. Unfortunately, our younger daughter Catherine--who is an extraordinary entertainer of taxpayers' children while their parents get their tax returns prepared--was ill and unable to attend. Thanks to my entire family for being so awesomely supportive and understanding about all the nights I spend away from home during tax season. My husband took the photos above. Thanks to Congressman Tonko for grabbing my husband's camera and getting the nice photo of Ross and Alison with me at the ceremony. 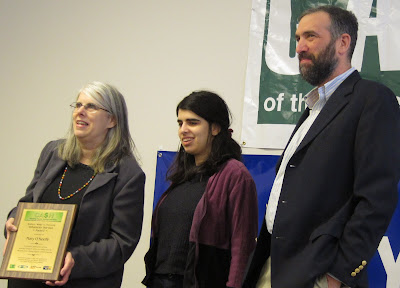 The many outstanding Union College students and staff who have contributed to the success of the Union College VITA site were unable to be there today, but I would like to acknowledge them all below:

We are also very grateful for the many Union College faculty and staff members who have enthusiastically supported the Union College VITA program since Dean Therese McCarty first launched it in 2005, as well as to Bank of America for its financial support.
Posted by Mary O'Keeffe at 1:07 PM