Contests in the public sector

My former colleague, Steve Kelman, has been blogging about the federal government's use of contests in procurement:


I have been writing for years in support of the government making greater use of contests as a procurement tool -- announcing a performance objective and a prize for the first successful solution to the problem, where anyone can submit an entry. Aside from being a dramatic form of performance-based contracting, it opens up the procurement process and puts the emphasis on doing good work, not just filling out proposal paperwork. As with every off-the-beaten-path procurement technique, it is not suitable for everything, but like many unconventional approaches, it is underused.

I agree with Steve that there is a lot to be said for the government's increased use of contests.  An especially heartening note:  Steve reports that Innocentive, a business that helps both private sector and public sector organizations to sponsor contests, suggests that government-sponsored contests will elicit more interest with lower prize awards than private business-sponsored contests require.  As Steve wrote:

Interestingly, Innocentive advised the Air Force to lower the prize -- their experience is that challenges that seem to promote a public good get more entries at lower prize levels than ones just being done for companies.


In the past, it seems that government use of contests was largely confined to the rather undesirable state-run lottery sector, while the private sector has been using contests far more extensively and creatively.   As Steve points out, the government has been starting to follow the lead of the private sector in using contests more creatively, and there is a lot of potential there.

So it's worth looking at how the private sector has used contests.

Of course, there are the classic promotional contests, conducted by businesses such as McDonalds, Publishers' Weekly, Readers' Digest, and other businesses seeking to raise public awareness of their products and ultimately to increase sales.   Entering those contests can be as simple as mailing in an entry form or buying a hamburger.   TurboTax and other companies have updated the classic (tell us why you like us in "25 words or less") contest format by asking contestants to submit homemade videos promoting their products. 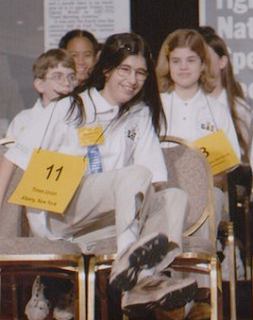 A variation on those purely promotional contests are the academic contests, the oldest and most famous of which is the Scripps National Spelling Bee, sponsored by local newspapers around the country.  Others in that vein include the National Geographic Bee, sponsored by the publisher of National Geogaphic, and  MATHCOUNTS, sponsored by the National Society of Professional Engineers along with other sponsors including NCTM, CNA, Raytheon, Northrup Grumman, Conoco Philips, Texas Instruments, ThinkFun, and 3M.  There are countless others, including one for which I serve as co-director, the Math Prize for Girls.  Those academic contests have dual goals:  like the classic promotional contests, they raise public awareness and promote the brand image of their sponsors, but they also have a broader societal goal as well, to encourage students all over the country to spend more of their time in enjoyable academic activities.

Tax bloggers have also offered promotional contests on their blogs.  During tax season, Don't Mess with Taxes blogger Kay Bell has run contests giving away free tax software to encourage readers to comment on her blog.

Earlier this week, TaxGirl Kelly Phillips Erb ran a contest at Forbes.com soliciting suggestions for improving the design of the IRS website.  I happen to think the new design launched by the IRS earlier this month was a substantial improvement over the old one [full disclosure: one of my former students had a lot to do with overseeing this!].  Even so, I thought Kelly's contest was an extremely cool idea, because there is always room for improvement.  Unfortunately her deadline passed without any entries.  Perhaps that is not too surprising, given the overwhelming and Sisyphean task of designing a site that can efficiently help taxpayers keep up with a tax code that constantly grows in scope and complexity.  Still, I think the opportunity for fame, if not fortune, might motivate an ambitious and currently underemployed web designer to come up with some nice ideas for a better design.  Then again, Kelly didn't offer much time.

Designing a better IRS website would make a great web design contest project for students--they would learn something about our convoluted, inefficient, and sometimes inequitable tax code as they get practice in creating a design.   Even if the IRS decides not to adopt design ideas from public submissions, well-designed alternative web skins that link to key IRS forms and instructions could be a great way for aspiring web designers to showcase their design skills on the web, while providing a useful public service.   After all, it is impossible for the IRS to choose a color scheme that pleases everyone (like Kelly, I am not a big fan of the color orange!), and--more significantly--different types of taxpayers have different needs, so one could envision different specialized niche web skins designed to help different types of taxpayers navigate the parts of the IRS website most important to them.

I can imagine all sorts of other creative possibilities for government use of contests.  For example, Treasury Inspector General for Tax Administration (TIGTA) and Government Accounting Office (GAO) employees have been conducting secret shopper visits to VITA sites and commercial tax preparers in order to monitor their accuracy.  Instead of simply reporting the bad news, why not also promote excellence by awarding prizes (or at least recognition) to the most outstandingly accurate and diligent preparers they happen to  discover in the process of looking for the bad apple preparers.  Or adopt my idea of a national tax bee?

The US Department of Interior ran a logo design contest this summer.  For $1,750 they received 617 design concepts from 174 designers.  I am happy to report that all three winning designs had buffalo in them: