Full disclosure:  Yes, he is my Senator and I voted for him, and I agree with most of his agenda, but I don't get this idea at all.

What makes a cow a Qualifying Cow?  Apparently, it has something to do with facilitating Greek yogurt.

More full disclosure:  I love Greek yogurt.  (I get it plain and add in whatever fresh and/or frozen fruit strikes my fancy or looks good at the market--blueberries, strawberries, raspberries, blackberries, nectarines, mangos, persimmons, etc.  A revolutionary recent discovery I recently made--albeit the source is scientists funded by Hershey's--is that "Chocolate is a super-fruit." We just got a new Penzey's Spices in our area, so I've lately taken to sometimes mixing in a couple tablespoons of Penzey's unsweetened natural cocoa along with some berries and a very small amount of New York maple syrup.  Unbelievable that something so relatively healthy could taste so much more indulgent than my previous favorite local vice, Colombian coffee ice cream from Stewart's.  Definitely it's much less sweet and far more sophisticated than coffee ice cream--and just all around unbelievably delicious--not to mention healthier.) 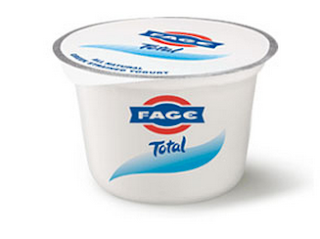 What makes it even cooler (for me) is that the whole Greek yogurt industry is a big economic boon to nearby rural Upstate New York areas that had been economically stagnant until recently.   Earlier this year, the New York Times wrote:

Greek yogurt has certainly been healthy for the economy in New York. Two of the leading brands, Chobani and Fage, have their main production plants in upstate New York and are expanding their operations.

Alpina Foods, the United States arm of a major South American dairy company, is building a $20 million plant in Batavia to make Greek yogurt topped with granola. And state economic development officials are said to be negotiating with another major food maker to set up a dairy products plant in the same area, creating the possibility for what one executive called a “yogurt cluster.”

As regular readers of this blog know, one of the things I love about living in upstate New York is that even though I am just a ten-minute drive from inner-city Schenectady, I live within easy walking distance of cows.  It's fun to go for a stroll and make eye contact with them as they peacefully graze, especially this exceptionally mild winter.  I am glad that the Greek yogurt boom is making the upstate New York dairy business more economically viable.

But now we get word that Senator Schumer wants to further boost the industry by providing bonus depreciation on cows and special IRA-type accounts for dairy farmers.  Yesterday's Saratogian newspaper covered the story:


U.S. Sen. Charles Schumer, D-NY, is introducing legislation that he says would give farms the financial tools needed to grow, if they decide to.

He has nicknamed the bill the DAIRY (Dairy Augmentation for Increased Retail in Yogurt products) Act.

One provision would allow a 50 percent bonus depreciation for cows currently in production that one farm buys from another. For example, if a farmer buys $30,000 worth of cows from another farm, he could deduct $15,000.

The measure also would allow farmers to set up tax-preferenced savings accounts they could deposit their earnings into during high-income periods and hold funds tax free until making withdrawals during leaner times. "It’s like a dairy IRA (Individual Retirement Account)," Schumer said.

Color me skeptical--highly skeptical.  As I said, I love Greek yogurt, and I'm delighted with this healthy industry revitalizing the Upstate New York economy, but why should the federal government further complicate the tax code to give special tax preferences to dairy farmers that other small businesses don't get?

Even a local dairy farmer expresses bewilderment.  According to the Saratogian:

However, one local farmer says dairymen should wait for demand to actually go up before expanding their herds.

"I don’t agree with having to increase production ahead of time," said David Wood, owner of Eildon Tweed in Charlton. "If the milk price goes up, then we will produce more. Right now, a lot of farms are culling their herds because the price of beef is high and the milk price is declining."

"It’s not taxes that are keeping us from expanding," Wood said. "It’s the price of milk."

If the milk price is declining, there is presumably plenty of inexpensive milk for the yogurt makers to buy.  The dairy market in upstate New York seems to be working just fine, as far as I can tell.*   If yogurt producers need more milk, their increased demand should drive up milk prices, which will encourage farmers to raise more cows.  Even if some sort of intervention is needed, why do it through the tax code, which is NOT working so fine?

Senator Schumer's website describes the details of his proposal, which include allowing farmers to deduct bonus depreciation on cows they purchase from other dairy farmers, even if those cows were already producing milk for the other farmer.  How this is supposed to be an efficient way to increase dairy production is beyond me.

As I said, I love Greek yogurt, and I enjoy the positive externalities associated with having Upstate New York's dairy industry thriving, but why should we be asking the rest of the country to subsidize dubious tax breaks for Upstate New York dairy farmers is beyond me.

*UPDATE:  On further investigation, it is clear that the dairy market in Upstate New York is not "working just fine," but the answer is not introduce more bed buffaloes into the tax code.  See my next post for more details.
Posted by Mary O'Keeffe at 12:38 PM