Who takes out those "instant refund loans"?

A newly released Treasury Department study has some answers, based on analysis of millions of tax returns by the Tax Policy Center:

Not too surprisingly, users of RALs and RACs were more likely to be:

However, the study found that the balance has been shifting in recent years, as more taxpayers have switched from the very high cost RALs to the lower cost RACs: 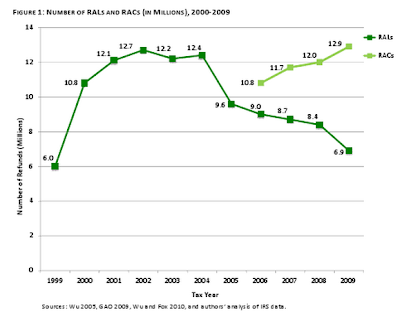 The shift was especially marked among active duty military taxpayers, after recent legislation put a cap limiting the APR interest rates that could be charged to military families, which drastically reduced the profitability of offering RALs to such families. 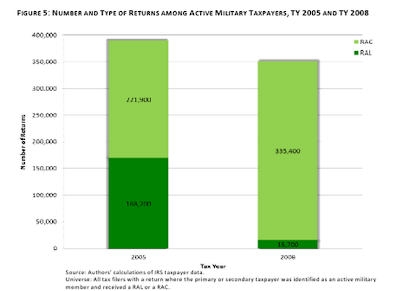 The decrease in RALs is likely to continue as bank regulators make it clear that they take an increasingly dim view of such products, and the IRS discontinued its facilitation of that business by removing the "debt indicator" from the acceptance reports it issues to efile providers.

There are fascinating geographic differences in the prevalence of bank products, as the map below shows: 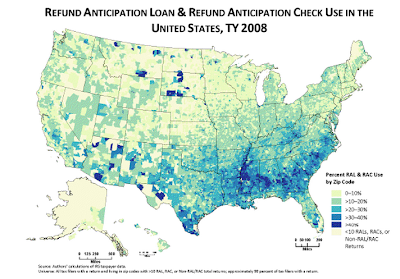 Hat tip: Trish McIntyre
Posted by Mary O'Keeffe at 11:36 AM