The difference a decade made!

A little over a decade ago, the government actually managed to report a budget surplus for a couple of years, --at least according to the way it keeps the books, which would not pass muster with Generally Accepted Account Practices (GAAP), in a private sector firm (as Eco 339 students will remember from their study of Gruber, chapter 4.) 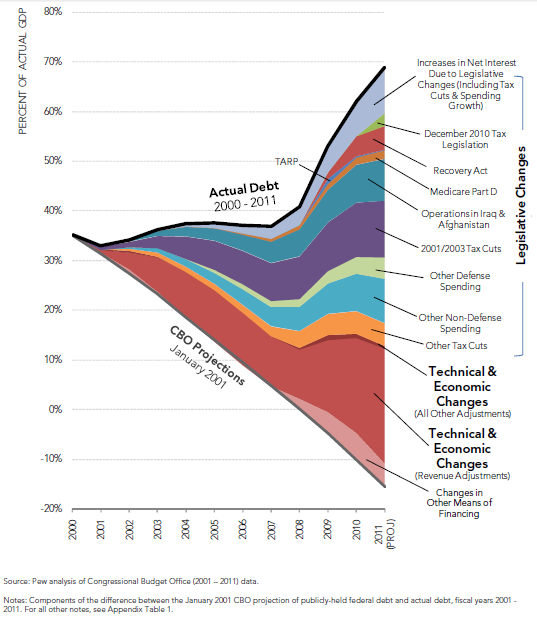 As you can see from the graph above, back in early 2001, the Congressional Budget Office (CBO), was actually projecting that continued budget surpluses would drive down the US government debt all the way down to zero by 2008 and then even push the government into a net creditor position, with a massive and unprecedented amount of net assets amounting to 15% of GDP by this year.  Of course, as we all know the reality turned out to be quite different, and the Pew Foundation graph shown here does a nice job of tracing out the sources of the growth in the US government's debt position.