No, that's not the score in a pickup basketball game between employee teams!

That's their ratings on the University of Michigan B-school's survey of consumer satisfaction.

The Michigan Business School’s American Customer Satisfaction Index included Facebook in its regular survey of consumer satisfaction with companies this year. The results weren’t pretty. Facebook pulled a rank of 64 out of 100, which puts it in the bottom 5% of all private sector companies. What other companies pulled scores that low? Not even the IRS – their e-filers ranked them higher overall than Facebook. I guess that means that folks find it more pleasant to file and pay taxes than sort out Facebook’s privacy settings or figure out how ignore requests for Mafia Wars.

The final numbers indicated that a whopping 90% of federal government entities outscored Facebook in the survey. IRS managed to rack up an outstanding 73 out of 100, placing it lower than the Archives but above the State Department. You can read the complete results at Foresee Results – be forewarned that they’ll make you register (it’s free) to download the reports.

That's a pretty impressive record for the IRS. After all, unlike Facebook, the IRS doesn't exactly get to pick and choose what "features" to include in its product.

The IRS is stuck trying to do the best it can to administer the remarkably complex tax laws, and their resources are far more constrained. Congress is not as generous in providing resources to the IRS for hardware, software, and programmers as the venture capitalists are to Facebook.

After all, it is not as if the IRS is allowed to compensate their programmers with the equivalent of the stock options that Facebook gives out! 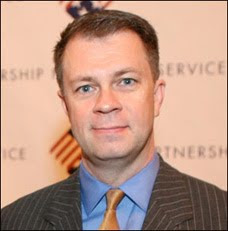 I'm proud to say that the Director of Electronic Tax Administration, Dave Williams, is my former student. Dave has won hard-earned recognition for his tireless work, including a Washington Post feature as Federal "Player of the Week" in 2009 and "Federal 100" honors in 2010. Of course, I'm sure that Dave recognizes that there's still lots of room for improvement, and I know he's working hard on it. 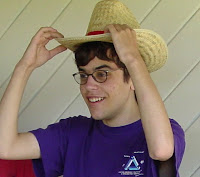 After all, Dave better watch out--Facebook might catch up. A friendly warning: another terrific former student, Drew Besse, former co-captain of Albany Area Math Circle and a rising senior computer science major at Carnegie Mellon, is interning at Facebook this summer! Drew has won many honors in math and programming, as well as a special one for his inspiring leadership as "Soul of the Albany Area Math Circle."
Posted by Mary O'Keeffe at 9:22 AM