How regressive is YOUR state's tax system? 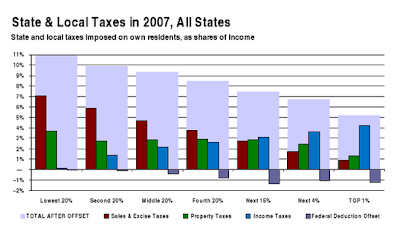 Most states have a tax system that is regressive, when all taxes are considered together. The data above comes from this report from the Institute on Taxation & Economic Policy. 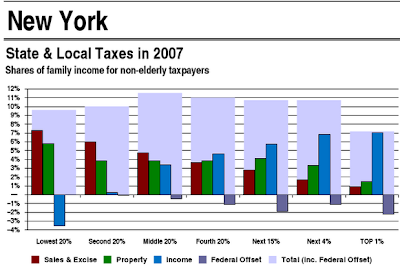 Here is New York, not as regressive as some states, but still it's interesting to note that the richest 1% pay a smaller share of their income in state/local taxes than the poor do.

Hat tip to Professor Ann Murphy of Gonzaga University in Washington State, which has the most regressive tax system in the country, according to the report.
Posted by Mary O'Keeffe at 7:43 PM